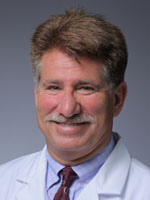 Liver transplant specialist Dr. Lewis Teperman has been recognized widely for his expertise, earning many awards and frequently being invited to speak on the subject. He has received the Service Award from the International Liver Transplantation Society, the Distinguished Service Award from the New York Organ Donor Network, the Triangle Award from the Transplant Recipients International Organization, and the National Medical Award in Transplantation from the National Kidney Foundation, among other awards. Dr. Lewis Teperman also has appeared on New York Magazine’s Best Doctors in New York list every year since 1998.

Many schools and hospitals have sought him as a guest lecturer. These include the New York Academy of Sciences, the Georgia Health Sciences University Medical College of Georgia, New York Downtown Hospital, the North Shore University Hospital, and New York Hospital Medical Center of Queens. His lectures have covered topics such as organ donation and liver transplant history.

Dr. Teperman also has spoken at events for the general public. For instance, he once gave a lecture on organ donation at St. Patrick’s Cathedral in New York City.